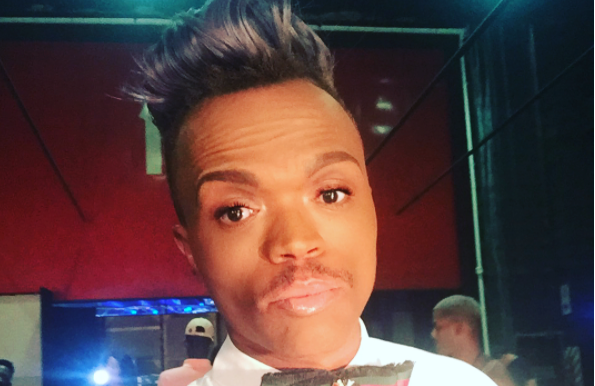 As Mzansi celebrates 10 years of the historic World Cup that took place on Mzansi shores, Somizi Mhlongo has reflected on how being apart of the World Cup changed his life for the better.

Somizi was the choreographer for the opening and closing World Cup ceremonies and on social media, he shared how before getting this gig he was “counted down and out by some” until Lebo saw something in him, which he had completely forgotten.

“Something that a lot of people don’t know is that this day changed my life for the better. It resurrected my spirit, my career and my self-esteem,” shared Somizi.

The radio presenter in his post went on to explain that he had given up on ever choreographing anything until he received a call from the renowned composer Lebo M.

“I had given up on ever choreographing anything when he called me and said, ‘Somizi I would like you to be the head choreographer for the Fifa World Cup opening and closing ceremony, and I know you can do it.”

Somizi did not hesitate to take on the opportunity and now it is something he will forever be grateful for.

“Not once did I say that’s too big. I said bring it on. I’ll forever be grateful for the opportunity to work with the entire team that put together a history-making event.”

Today Marks 10 years since the day that made history not only for us south Africans but Africa……but something that a lot of people dont know is that this day changed my life for the better….it ressurected my spirit my career and my self esteem…..if u read my book u will remember what I mean by this…….before this day I was counted down and out by some……until this man in the pic with me saw something I had completely buried…..I had given up on ever choreographing anything…..when called me and said somizi infant u to be the head choreographer for the fifa world cup opening and closing ceremony and I know u can do it…..not for once did I say that's too big….I said bring it on……I'll forever be grateful of the opportunity to work with the entire team that put together a history making even…..happy 10th FEEL IT ITS HERE…..KENAKO @thereallebo_m

The Ferguson’s Get An Ego Boost Amid Fans Backlash