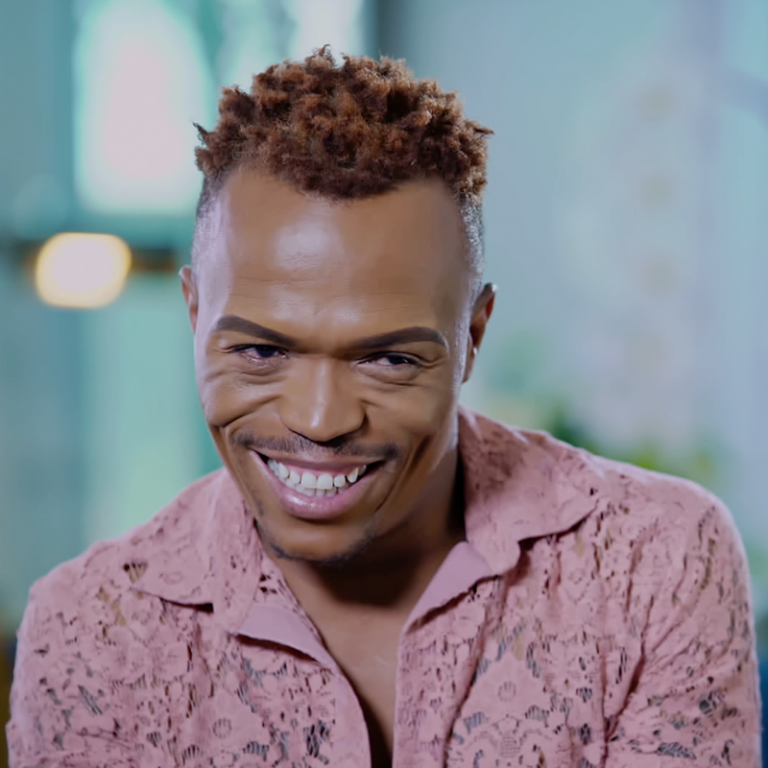 Somizi has been at the centre of a social media uproar after allegations of theft were leveled against him. Hastings Moeng claims that the concept of Dinner at Somizi’s was his and accuses Somgaga of stealing it.

A screenshot of the show’s proposal shared by a Twitter user @Eusebius went viral. It is of an email written by Hastings Moeng, sent to Somizi and Themba on July 28 2014, proposing a cooking show Dinner Kwa Somizi.

The Idols SA judge’s silence was very loud despite trending the whole day and not addressing the allegations not even in the slightest bit.

However, on Instagram he posted a video of himself treating his face by wearing a face mask and singing a long to Kelly Khumalo’s hit single Empini.

In the lyrics Kelly addresses haters who do not want to see others succeed. Somizi started off his video at the very moment where it seems as though he is directing the message at the accusations.

A part of the lyrics say “Don’t you know that people do not want to see others succeed? They get surprised, they hurt you whilst staring at you right in the eyes…”

His followers were divided with some expressing their disappointment at his silence with others wanting answers. He was also faced with another accusation by a user who goes by the name Kea Mogetse who wrote:

@keamogetse45: “he steals people’s ideas Vele he did that to me early this year ,after pitching an idea to him he ran with it and made it his , but because it was more of an ngo thing, I didn’t care much although I was hurt , my love for him changed then his a thief, pity I don’t have Twitter i was also going to be there guns blazing, I hope he pays”

@miss_mercy1: “How relevant is this song to you right now?? Jesus, I guess you’re innocent till proven guilty. Some of us will just sit right and watch”

@ndingu_amanda: “It is not funny. If you have any thread of decency and integrity, come boldly and deny the allegations or admit you were wrong and do right by the guy. You a fallible human, you are not always right. Being called out when you are wrong is not HATE.”

“On 28 July 2014, Hastings Moeng proposed DinnerAtSomizis to Somizi & Themba. The description of the show is materially similar to the one now flighted (to the shock of Mr Moeng). See the 2014 email below and decide for yourself,” wrote the Twitter user.

He continued the tweet by saying, “On 2 September 2016 Hastings Moeng wrote to Legend (the current producer) with a synopsis for #DinnerAtSomizis . You can see the treatment synopsis below. And judge for yourself. Why is IP theft so rife in entertainment? Multichoice is being coy despite being shown this.”

Zodwa Celebrates Level 1 By Dancing In Her Thong!