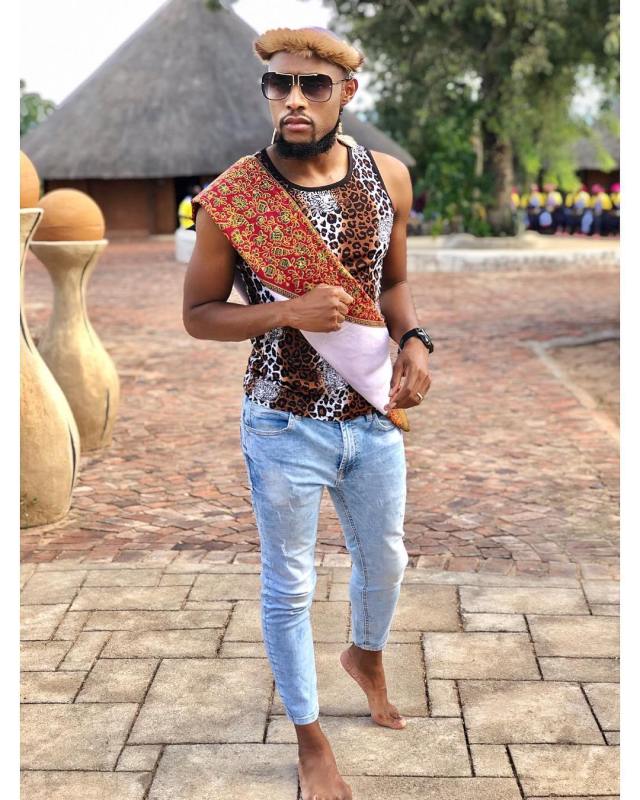 Mohale Motaung-Mhlongo has proven that being the partner of one of the biggest media personalities in the game has its perks; and maybe having a good work ethic too, of course.

The husband to Somizi Mhlongo-Motaung went on Twitter to showcase his latest purchase. And the man with expensive taste proved just how expensive his taste is. Mohale shared an image of his new car keys, which were of a Bentley. Yes, Mohale has a whole Bentley.

The purchase proved that despite rumors that the two are heading towards splits-ville that one thing is certain; that the bag is still secure. Confused? Don’t worry, here is the tea.

For the past week following Boity’s Pink Sappphire perfume launch that the couple attended together. The couple was rumored to have been sending subliminal posts directed at one another. It is alleged that not all is good in the Motaung-Mhlongo household. There are allegations that Somizi feels like he was used for his social positioning by a man that a third his age. And on the otherside, it is suggested that Mohale feels like he has outgrown the relationship that wants to see him as the house-husband, while bae brings in the bags.

Is this true? Well, we can neither confirm or deny. But the couple has really not given us much to hold on too as much content that love still lives. Think about, when last did Somizi showcased their mid-night snack. Also, maybe that is not a great idea considering that the “chef” is going through a lot this week with the rumors of stealing the concept of the still trending, “Dinner kwa- that is “Dinner’s at Somizi’s.”

After Mohale posted the image of the car keys, he had to bear the brunt of social media users that cannot drag his husband over the allegations of “stealing” someone’s television concept. So tweeps went into the comments section of the post by Mohale and instead of congratulating him, most of what he received were drags and trolls stating that the car is bought from the ideas and tears of people that were cheated.