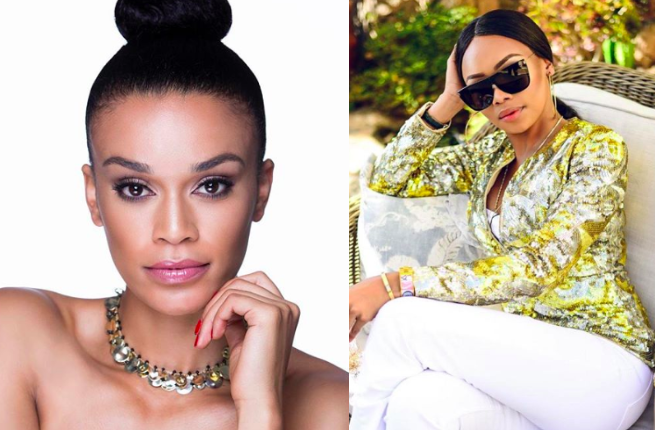 South Africa’s celebrities work hard and are leading the way when it comes to multiple income streams.

From acting in series and movies, to hosting gigs and launching their own products, they’re keeping their bank accounts filled to the brim.

Here are some of South Africa’s richest celebrities.

According to Forbes magazine, in 2018 Trevor was the fourth highest earning comedian in the world.

With the bulk of his earnings coming from his stand-up performances (Trevor had 70 stand-up gigs in 2018), Trevor is also raking in the cash as the host and executive producer of The Daily Show with Trevor Noah.

When he started hosting the Comedy Central talk show, Trevor was taking in $4 million.

In 2018 he made $28 million. He also released his book Born A Crime, which became a bestseller and is already being adapted for the big screen.

Pearl has been very busy – since 2009 she’s appeared in seven movies and nine TV series, including the Hollywood series Quantico.

She’s also branched her career to include being a TV presenter and she’s launched a very successful hair care range.

Pearl’s net worth is estimated at $2 million.

With an estimated R7.2 million net worth, Bonang continues to build her empire.

From TV and radio presenter, Bonang’s been hard at work the past few years with a book, From A To B, releasing an emoji app, a lingerie line with Woolworths and the House of BNG, which launched a range of bubbly.

She even gave fans a glimpse of her life with her reality show, Being Bonang.

And there’s nothing quite like working hard and playing hard.

Treating herself, Bonang splurged for her 30th birthday party – pulling out all of the stops. She’s always spotted dressed to the nines in her favourite designer labels like Dior, Louis Vuitton and Dolce & Gabbana.

She’s also a multi-house owner, showing off her homes on Top Billing and her latest rides, which includes a Mercedes G-Wagon.

Bonang also gives back to young women who wants to pursue their tertiary studies through her bursary fund.

She hopes to put at least 300 female students through university in the next 10 years.

Minnie Dlamini has been working and earned her first million rand by 20-years-old. This was through a collaboration with Legit.

Since then, we’ve lost count of all of Minnie’s jobs.

Minnie is a TV presenter, award show host, executive producer, endorsements with some of the biggest brands like Jaguar, owner of skincare range and a production company she runs with her husband Quinton Jones.

The couple said their I Do’s in a white wedding ceremony that reportedly cost R1 million.

Minnie’s net worth is estimated at R14 million.

Moshidi is an award-winning actress – from TV series and movies, both local and international, Moshidi is a South African acting great.

She was one of the leading actors in the popular soapie The River, but was fired in 2019 – something her legion of fans didn’t take well and Ben started a petition to get the actress back on the small screen.

With her estimated net worth of $5 million, she is often on the list of richest celebrities in South Africa.

Sharlto Copley is an actor and producer.

He gained global fame for his role in the Academy Award nominated movie District 9.

Since then, he’s acted with some of Hollywood’s biggest stars like Bradley Cooper and Angelina Jolie in The A-Team, Maleficent and Elysium.

With an estimated net worth of $15 million, Sharlto splits his time between his homes in Cape Town and Los Angeles.

Black Coffee and his deejaying skills is one of Mzansi’s biggest exports.

He boasts a career of 22 years and performs in sold-out gigs around the world.

He has deejay residencies in Las Vegas and Ibiza.

With an estimated net worth of R27 million, Black Coffee spends a lot of time in his Los Angeles mansion.

He has a fleet of luxury cars, which includes a Maserati, and flies around the world for work and holidays by private jet.

AKA is an award-winning rapper.

From his love life to his beef with fellow rapper Cassper Nyovest, AKA is always making headlines.

In 2019, those headlines were for the wrong reasons when newspapers claimed he owed SARS R350 000. AKA denied the reports.

AKA’s net worth is estimated at R6.6 million. From charging R100 000 per performance to his music selling like hot cakes, AKA is living large.

He has a Bryanston mansion and he loves German cars. In fact, he owns at least two BMW’s. And his favourite ride right now is the BMW i8 eDrive Coupe, which costs more than one million rand!

In addition to music, AKA also makes money from other business ventures.

In late 2019, he released his range of sneakers with Reebok – the deal is worth seven digits. He also owns a media company and as an ambassador for Cruz Vodka, he has his own vodka flavoured drink.

As Mzansi’s celebrities continue to do more than one job and get endorsements, the money will continue to roll out, and the flashy lifestyles be shared all over their social pages.