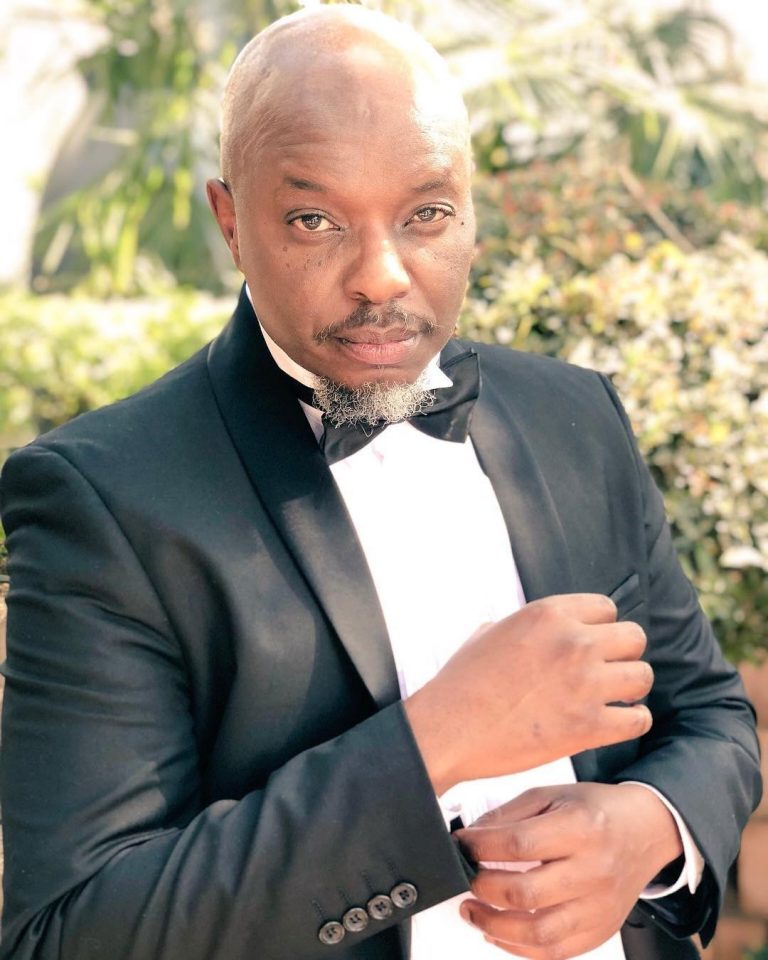 On screen he is known as Brutus Khoza,everybody’s favorite uncle and patriarch of the family.

Actor Themba Ndaba has perfected the role of Brutus down to a T.

Brutus is well known for rocking his signature toothpick in his mouth with a drink in his hand and his colorful vocabulary, which often leaves fans trying to figure out what he means.

He is also not afraid to go head to head with the Khoza boss lady, Harriet.

Themba Ndaba says when he plays a role, he tries to immerse himself into of so he can give his best performance.

When I act I’m expressing the character’s personal history, things that he likes and dislikes,” he told the newspaper.

“It’s true there are some people who think the way Brutus does and it’s important that an actor shows the true colours those people without fear.”

When it comes to Themba Ndaba’s love life, what most fans forget is that he was once married to former Generations actress Sophie Lichaba.

Sophie Lichaba made the role of Queen Moroka famous and even after she left the show, most fans will always call her Queen.

At one point Sophie was using Themba’s surname and was known as Sophie Ndaba.

Themba Ndaba and Sophie were married for a strong 9 years before calling it quits. They got married in 1998 and divorced in 2007.

The former couple even have two kids together Rudo Ndaba and Lwande Ndaba.

However they have moved on with other people now ,Sophie is now on her third marriage with Max Lichaba, while Themba Ndaba is married to Josey Ndaba.