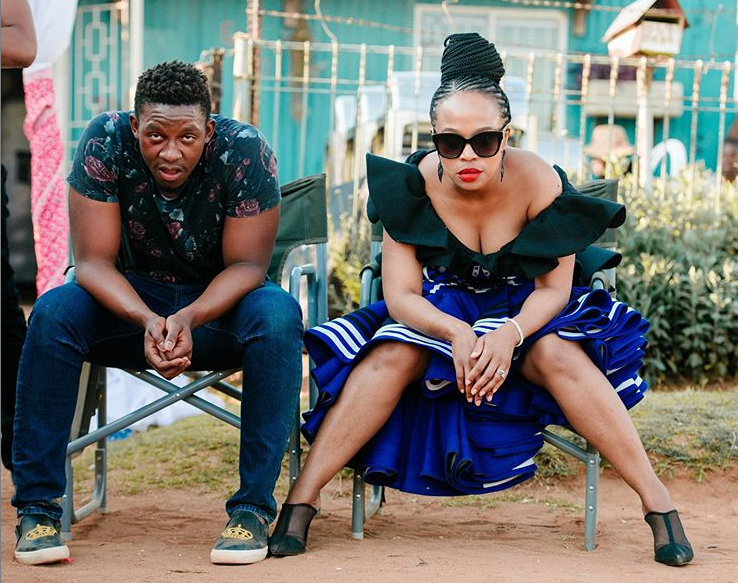 It seems that Emma may be Lindiwe’s most worthy opponent yet and fans were made privy to this info when they saw just how much the whole “Zolani married Emma” situation made Lindiwe emotional and irrational.

Fans of the matriarch have only seen Lindiwe “weak” a couple of times since the beginning of the popular telenovela and they were shocked at how an amateur villain like Emma, could bring her to her knees.

It’s not that they’ve lost faith in their fave evil person but fans can’t help but praise Emma for her stunning work in rubbing salt into Lindiwe’s wounds.

At the moment, Lindiwe seems too emo to think straight and do what needs to be done. An emotional Lindiwe rarely appears and when she does, she’s often unwelcome because her fans give her only two minutes of weakness per episode and the rest of it, sis needs to boss up!

Meanwhile, Zolani is blinded by love so bad that fans fear what he’ll become when he realises that Emma has been using him to get into Lindiwe’s financial pants.

Let’s just say, things are so bad that fans are willing to “kill” Emma on Lindiwe’s behalf. Check out some of the reactions.

I don’t know this Lindiwe, this isn’t my goat. She’s so weak and emotional. Fix this please #TheRiver1Magic pic.twitter.com/EB3ixAtCNv

Lindiwe I'm here if you need help to rid emma, just blink and I'll do the rest… #TheRiver1Magic pic.twitter.com/CNyjHVLjeD

So vele no one except Lindiwe sees right through this Emma girl? Yah no Zweli,Andile and Zolani are dumb dumber and dumbest yazi. None even bothered to ask the girl about her parents? #TheRiver1Magic pic.twitter.com/sSkgGJ6b01