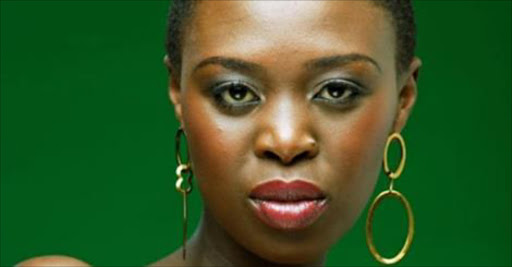 Celebrated SA actress Brenda Ngxoli has cleared the air on rumours around her break from the industry, explaining how she needed to leave the cut-throat world of entertainment for a short time to follow her spiritual calling.

Brenda’s seven-year absence from screens sparked all kinds of rumours and speaking to Drum recently, she explained that none were true.

The star left Joburg for Xolobe in the Eastern Cape, where she was closer to nature and could “clear her head”.

“Things were going well for me and I was happy. But it got to a point where I questioned my being and my origins … I yearned to see those hills of the Eastern Cape and there was no amount of money that could satisfy that yearning,” she added.

She eventually returned to screens and recently scored the role of Nomonde on iThemba.

She paid tribute to the Fergusons in a social media post in August, revealing how they gave her a chance when people were saying “all sorts” about her.

Connie and Shona Ferguson believed in me when it seemed like the odds were stacked up against me. People (were) saying all sorts about me. They gave me an opportunity on Rockville and I grabbed it with both hands,” she wrote.

The star has also been vocal about sxual harassment in the industry and in an interview on Trending SA last year said she had to find her peace within.

“The fact that they did not apologise does not affect me. It happened. What can I say? I’m not the first to get f0ndled and it doesn’t make it right, but clearly in SA I’m not going to be the last one if no one wants to be accountable. But it’s okay. I am Brenda Ngxoli and I’m still standing.”

PICS: Inside Thando Thabethe’s picnic with her ‘bae’