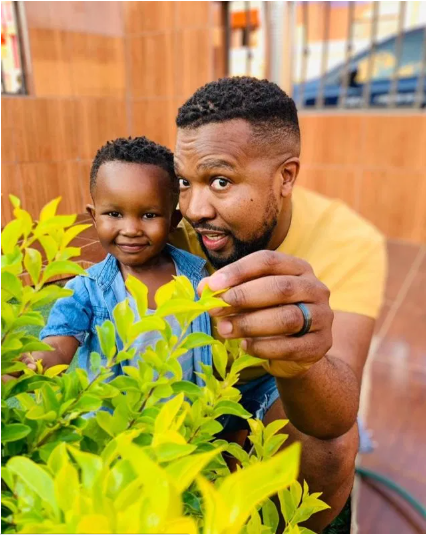 Known for his PR work for rap superstar Kwesta, he worked for Sony Music and leaves behind his wife and child. News of Pheko Kgengoe’s passing was met by great sadness from the entertainment industry on Tuesday.

Twitter was flooded by the news that the public relations extraordinaire, event manager and music promoter, who launched the careers of stars such as Kabomo, had died from the coronavirus.

Know for his PR work for rap superstar Kwesta, he worked for Sony Music which launched his career, and he leaves behind his wife and child.

Sony Music public relations representative Lwazi Zondo was in tears when she spoke to The Citizen.

As she found out the news on Tuesday morning, she said she was deeply saddened by Pheko’s loss and that the industry had lost a PR giant.

“Pheko was an amazing guy, I learned everything to do with PR from him. He called every day, every problem I had he help me out. If I had any problem getting celebrity contacts, he would gladly assist me, he would always share.

It’s so unbelievably sad, I worked so closely with him. I want us to remember him for his bright smile, the joy he brought, one of the happiest people in the world. Because of him, I made it through my first SAMAs and he built the music brand that we now see with Kwesta today.

Artist and musician Kabomo said: “#AllThingsGrey when people thought my sound was weird, and he somehow was able to push it till it was a number 1 record. I have him to thank for my music career. Love and many thanks my brother. You will be missed. R.I.P.

Manager of multiple local hip artists Refiloe Ramogase tweeted: “Wow! I am so saddened. Man, you had such go after leaving Sony, and going on your own, you blossomed and realised so much of your potential. I am so sad because you are leaving behind such a young child. Rest easy Papa. You’ll be missed.”

#RIPPheko Had a conversation with him on Sunday,I didn’t know it was our last conversation 🥺. pic.twitter.com/pPRZbFguHK

Shattered and utterly saddened by this. What a gem! We will miss you my friend, for your great work and kindness #RIPPheko pic.twitter.com/5cSNo1beKB

She earns over R7 million a year from being n@ked on the internet : Abby Zeus speaks out

SA Celebs Who Have Been Directly Affected By Covid-19!