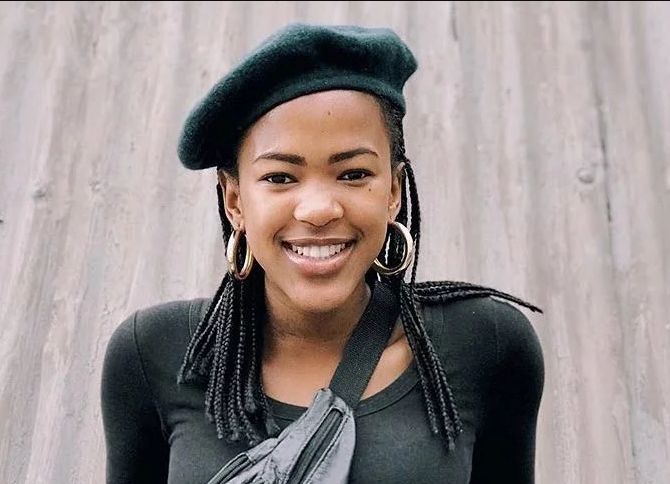 Post Office bosses knew for more than a year that Uyinene Mrwetyana’s self-confessed killer was a convicted criminal, but ignored an intelligence report that may have prevented her death if they had acted on it.

The Sunday Times can reveal that the 42year-old man, who is not being named by order of court, was among 300 employees who failed a vetting process last year. Crimes involving the 300 were theft, sxual harassment, domestic violence and assault.

The Post Office sat on the report sent to its head of security in June last year.

The 19-year-old student’s killer was flagged for a car hijacking conviction in 1998, according to the report compiled by the State Security Agency (SSA). He was sentenced to eight years in prison, of which three were suspended.

On Monday, the killer, who was known by those who met him as a “ladies’ man”, confessed to raping and murdering Mrwetyana before dumping her body in Lingelethu West, Cape Town. He faces charges of murder, rape and defeating the ends of justice. It later emerged that he was facing a previous rape charge, but the case was withdrawn.

The murder provoked national outrage and put a new focus on the plight of women.

It has also opened the Post Office to a potential multimillion-rand damages claim.

Mrwetyana’s funeral was held in East London yesterday and among mourners was police minister Bheki Cele.

The murdered woman’s mother, Nomangwane Mrwetyana, said in a message to her daughter: “I’m sorry that I warned you about all other places but not the post office. I’m sorry I was not there to fight for you.”

Communications minister Stella Ndabeni-Abrahams told parliament this week she had asked the Post Office to investigate how Mrwetyana’s murderer had been allowed on site without a security clearance.

According to a memo submitted by the acting CEO to a Post Office board meeting on Thursday, an investigation found that the killer was not screened when he was appointed a part-time teller in 2012. He was not screened when he was permanently appointed in 2015, after an agreement with trade unions that all part-time employees would be given permanent jobs.

The memo noted that when the Post Office began processing social grants last year, a ministerial committee in charge of the process instructed that employees be vetted.

In March last year, the Post Office gathered and submitted names of those who would be part of the payments process. They included staff who would be in contact with money or grant-beneficiary information.

The SSA handed in its report in June last year, but executives were made aware of the killer’s criminal record only this week “when the bona fides of the post office employees became of focus following the Clareinch post office murder incident”.

The Post Office is scrambling to find a plan to deal with the fallout. The CEO will appoint lawyers in anticipation of a lawsuit from Mrwetyana’s family and the public. The EFF said it has briefed counsel to sue the Post Office and Ndabeni-Abrahams.

A spokesperson for Ndabeni-Abrahams, Nthabeleng Mokitimi-Dlamini, said the minister was studying the SSA report and had called for action to be taken against officials who failed to act on it. She said the minister had advised the Post Office management that all flagged officials be suspended.

Several sources told the Sunday Times that when they heard a post office clerk had confessed to the murder, they “knew it must be him”.

The man’s former girlfriend, a nurse, reported him to police in 2014 for sxual harassment. She was admitted to hospital for psychiatric care this week. She said she had not withdrawn the charge and that “detectives are involved”.

In June, the man shocked a former colleague with a Facebook message in which he commented on her teenage niece’s profile. “He asked, ‘who is this beautiful woman,

I am looking for a girlfriend’. I said, ‘what do you mean? This is my 15-year-old niece, where is your wife?’ He said his wife had dumped him,” said the woman.

“After his arrest, this conversation filled my mind. How can a 42-year-old ask about a 15-year-old girl? This is a child. She could have easily been one of his victims.”

The woman said the murder suspect was quiet but odd. “He only spoke about the Bible and the environment. He analysed the galaxy. He spoke about odd stuff,” she said.

“He always had a Bible with him. He did not sit with other people during lunch. And when he had his coffee, he would also have a cup of hot water. He said it was to wash out caffeine from his body.” She said the man was a devout

A male ex-colleague said: “He is a staunch Christian but he has a very dark side — I can’t put this crime past him at all. He got angry at the slightest provocation. For instance, he would be late for work after lunch and if you pointed that out, he would fume.

“I sometimes thought he would kill me, the way he got infuriated. But he would return to his normal self within no time.”

The former colleague said the killer was not interested in contemporary issues. “He didn’t make jokes about people, he always spoke about the Bible, the environment and the galaxy. He basically lived among the stars.

“That is what fascinated him. You would never hear him talking about the ordinary stuff and day-to-day events and experiences. He only spoke about church events.”

He said he remembered his former colleague telling him about his 2014 sxual harassment case. “There is no way [the woman involved] could not be traumatised. He is relentless. I wasn’t surprised when I was told that he was linked to this [murder]. When I heard someone working at the post office had been arrested, I said that must be him.

“He is so, so obsessed with beautiful women. I remember asking him, ‘why are you always targeting these pretty women, what about overweight ladies?’ He said, ‘what will I do with an ugly woman?’ That lady [Mrwetyana] fitted his template.”

Customers at the Clareinch, Cape Town, post office, where the man worked and where Mrwetyana was bludgeoned to death with a parcel scale, likened him to Ted Bundy, a good-looking and charming American who turned out to be a rapist and killer.

His interactions often included inappropriate flirtations and what one woman called “a forced rapport”. Another said: “He made me feel uncomfortable but it was hard to explain to myself why.”

A woman who runs a business in Claremont and makes daily visits to the post office said the man was “charming and delightful”, adding: “He picked up straightaway on my rapport with the other staff and then worked it. Often the card machine wasn’t working and he’d offer to put in the money for me.”

One day he asked if she lived close by. “That is really creepy, since he was standing there holding my parcel with my return address right there on it.”

When he wanted to visit her after work on a Saturday, she rebuffed him, but he insisted on giving her his phone number and offering “special favours”.

She “pegged him as a flirty guy” and left it at that. “But when his name came out after this horrific attack, my blood ran cold. I immediately knew it was him.”

Alice Cropper, another resident, described on Facebook this week how the clerk attempted to lure her back to the post office.

After the news about his arrest emerged, “I checked my till receipt still on my desk, and felt chills when I realised it was this same person who served me days before”.

A domestic worker in the Claremont area said the man made her feel uncomfortable. “I would always go to the post office at monthend. Sometimes I had leave-in conditioner in my hair. He would then say, ‘hmm, you smell so good!’ and he often asked me for my ID for transactions that didn’t need that.

“He once asked me how I enjoyed living in Khayelitsha, where he stays too. I don’t think he knew my address and I had not given it to him, but I did wonder why he knew I lived there.”

Video footage seen by the Sunday Times shows a Khayelitsha mother with a loudhailer telling a crowd how her teenage daughter, who attends Livingstone High School across the road from the post office, used to catch the same bus as the clerk.

“My child was supposed to be this man’s next victim. [In May], he gave her an envelope and asked to take it to the post office after 3pm.”

Because her daughter didn’t feel safe, she took a friend with her and eventually they left the envelope at the police station.

Former Post Office CEO Mark Barnes said he was no longer involved and would not comment on whether he knew of the report from the SSA.

SSA spokesperson Mava Scott said that from time to time, the agency vetted state employees and it submitted the reports to the various departments for their attention. “We can confirm that the [Post Office] is one of the clients that we have serviced over the last 12 months,” he said.