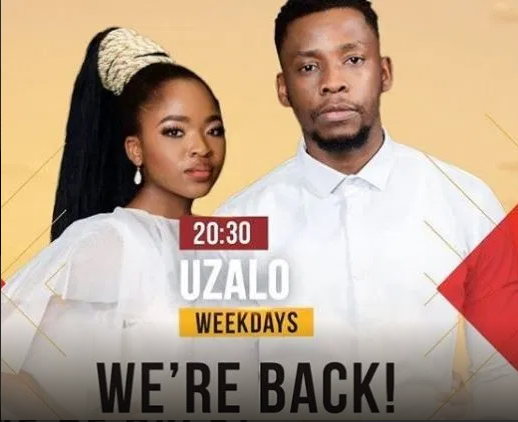 After a month-long production break, Uzalo returns. Fans of the popular SABC hit telenovela have braced a month-long hiatus from the show and can not wait to set their eyes on the show again on Monday 15th of June 2020.

As Uzalo returns, here is what viewers should expect from the show.

Despite warning signs, Nonka (Thuthuka Mthembu) blindly agrees to get into a polygamous marriage with Sibonelo (Wiseman Ncube). “But fairytale weddings do not exist in the world of Uzalo”, warns Nonka whose character is still reeling from Sibonelo’s recent proposal. he asked Nonka ar well as his other girlfriend Siphelile ( Nomthandazo Tee Xaba) to marry him at the same time because he wants two wives.

Thulani strikes Nkunzi where it hurts the most and tries to get the upper hand in their turf war, and Fikile puts her lying lover Sbu on the spot when his fibs catch up. Mazaza has Gabisile cornered, and Fikile’s world is shaken when she takes a pregnancy test and it comes back positive.

Gabisile struggles to sleep at night with MaZaza threatening to reveal her secret to the police, and Sibonelo plots to outwit his rival gang. Nonka is excited about planning her wedding, Gabisile is ready to throw in the towel and pay for her sins, and Thulani won’t rest until he avenges his father’s death.

Gabisile desperately tries to clear her name but an obstacle is hurtling towards her, and Thulani sets his plan in motion to destroy Nkunzi.

Fikile maxes out her credit card, much to Sbu’s disapproval, and Gabisile plays her last card at proving her innocence. MaNgcobo and Nkunzi fight while discussing their new business partnership, and Sibonelo’s gang is caught in a crossfire.

VIDEO: AY Poyoo: A New Sensation After His Song ” Am A Goat.””

Glenda Phokwane suspects a Sangoma is enjoying her while sleeping