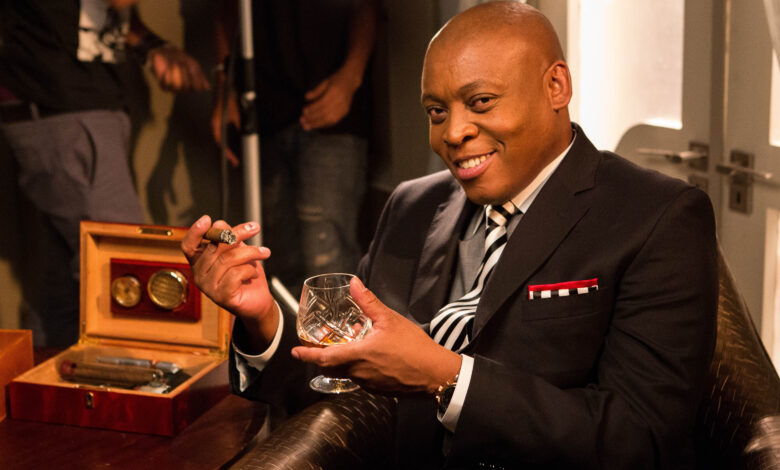 It took some convincing and to-and-fro negotiations before veteran actor Rapulana Seiphemo (52) could say yes to the Fergusons and join their production, The Queen.

Seiphemo says he couldn’t help falling for the dark allure of Hector Sebata, the character he is going to portray on the telenovela.

“After they told me what they were looking for in Hector, I was sold. It has been five years since my return to Generations: The Legacy, so it was a good move and I am happy to be tapping into a new character. I have been playing Tau Mogale for so long,” he said, adding that the prospect of sharing the screen with Connie Ferguson again was exciting. The pair worked together on Generations and on Generations: The Legacy. Ferguson played Karabo Moroka, Tau’s wife.

This week, Generations: The Legacy confirmed that Seiphemo would be shooting with the production until the end of August, but his last scenes on TV will be some time in October. Details on how he is going to exit the soapie are still a bit sketchy.

South Africa’s most talented actors. [I also worked with him] in the awardwinning feature film How to Steal 2 Million, directed by my son, Charlie. I thank him for his professional dedication to the acting craft and wish him well.”

Seiphemo said although he was leaving a production that shaped a big part of his acting career, he was ready to embrace the new challenges and opportunities which he hoped would make a big move, such as this one was, worthwhile.

“I will be tapping into a role that I have never played before and this is one of the reasons I fell in love with the character,” he said.

He described Hector as evil and ambitious, but also a bit of a softie.

“Even if the Fergusons decide to kill off my character two months after I join The Queen, I would have to let it go. Anything is

possible in our industry, actors come and go; it’s the nature of the business. “Unfortunately, there are no permanent seats, and it is always the producers and writers who decide what they want to do when a specific character is no longer exciting to the viewers. My role is to do what I do best, which is acting. “Times have changed and we have to keep up with the times. But at the same time, as producers, we must learn to do intense research so that we are able to tell our proudly South African stories,” he said.

He acknowledged that creatives were having an especially tough time, owing to the lockdown, but admitted to being in a somewhat fortunate position because he still has a job. Some productions were unable to resume filming even after government relaxed the regulations. “These are really good times to be going through tough times. They will make people learn to appreciate the role that the showbiz industry plays in the economy of South Africa.

“More than anything, I hope that broadcasters will be encouraged to prioritise local content. Sadly, as [actors] we don’t get paid royalties, and this has to change.”

why Pearl Modiadie won’t talk about her pregnancy

VIDEO: Zizo Tshwete struggles to hold back tears as she asks people to do more than just post #BLM