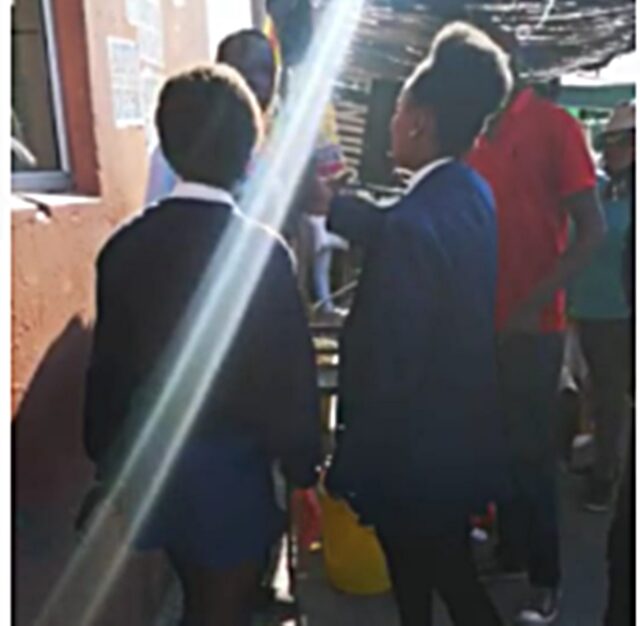 A man felt the hot klaps, kicks, and fists of schoolgirls in Bloemfontein CBD on Friday afternoon.

This was after the man they accused of stealing their phone was chased until he was caught near the taxi rank that is used by taxis heading to Batho and Phase 2 kasi in Mangaung.

When the SunTeam arrived at the scene, most of the beating had already happened.

The girls in school uniforms shouted to him: “Give us our phone back! Where did you hide our phone? You think you will get away that easily from us? Take out the phone!”

Some taxi drivers helped the girls but the man stood by his story.

“I didn’t take anyone’s phone. It wasn’t me! You got the wrong person!”

A cellphone fell from the man’s pocket but the girls ignored it and some kicked it.

They said it wasn’t the phone that had been snatched before they chased the man for about 400 m.

The girls left the man after seeing he wasn’t in possession of the missing cellphone.

The man also ran away, leaving behind the phone that had fell from him during the beating.

I’m glad to see they can stand for what they believe in. Thugs need to meet these kinds of girls.”

Taxi driver Seun Peters said: “We don’t tolerate violence or thieves near our place of work. This time I didn’t want to beat up the man because the girls got it under control. I would have intervened if the man was fighting back. They taught him that GBV is not tolerated and I hope he has learnt his lesson.”