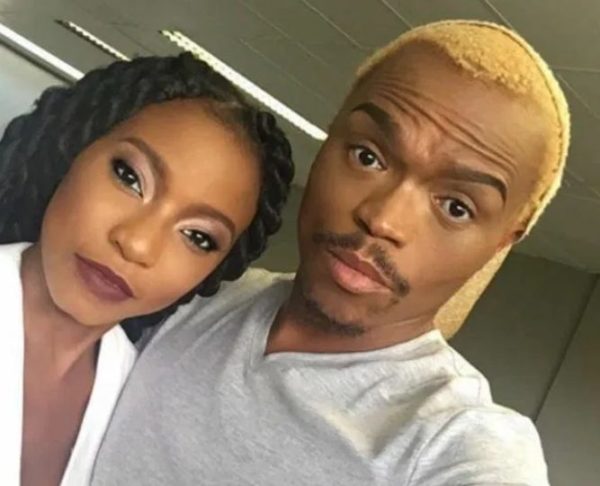 Somizi and his lovely daughter, Bahumi always remind us that quality time with your dad is a major goal.

The two recently spent some time together and Somizi used it to entertain his daughter, by showing off his new outfit.

In the video clip which he shared, Bahumi is holding the camera while Somizi makes an appearance wearing his glittery suit, which comprises of a classy jacket and matching shorts.

Bahumi exclaims “Guys!” with a gasp when Somizi’s makes his appearance.

My daughter's expression when she saw my outfit the other day when I came downstairs leaving for @boity launch…..such drama…..

Although Somizi is openly gay now, there was a time when it wasn’t always like that.

The Idols judge said his preference for boys started at a younger age, however he used to cry about it and feel ashamed.

It’s not surprising that he once dated women during that period and one of them would be Palesa Madisakwane, who is Bahumi’s mother.

He once opened up on how he hooked up with Palesa

“When I met the mother of my daughter. I told her day 1. I’ve always been famous, from age 8 when I started TV programs. Girls were crazy about me and they thought I was cute. So she came to me and I told her that I like boys and I was 19. She thought it was a way of pushing her away. Then he said prove it to me and then we decided to hook up once. Now I have the most beautiful daughter, she is respectful, intelligent . She’s wonderful and give credit to her mother. She did a great job, ”

Bahumi and Somizi have a tight bond and are always serving us with father and daughter goals.

Worry About Your Own Kids: Furious Zodwa Wabantu Slams Critics Of Her Parenting Style