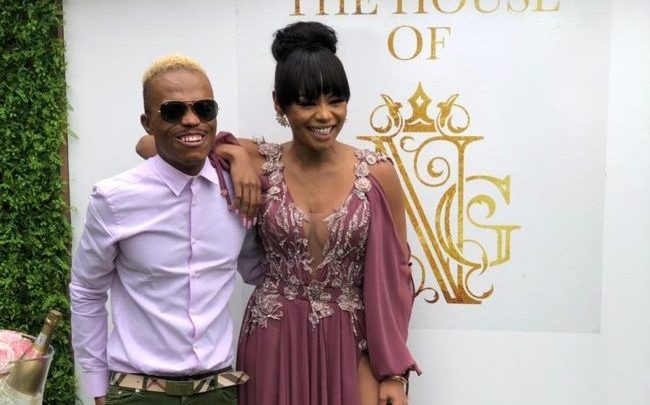 Bonang Matheba and Somizi Mhlongo were once friends, they partied together, travelled together and were seen on every red carpet in Mzansi together.

Then suddenly the dream came to an end and the friendship was no more.

Mzansi mourned and questions were asked.

Fast forward to now and the duo have rekindled their friendship. So much so that Bonang invited Somizi to the launch of her MCC, House of BNG and Bonang attended Somizi’s traditional wedding where he asked her to MC his upcoming white wedding.

Both have also been featured on each other’s reality shows this year.

Although their fans celebrated their reunion, many asked how and why it come about. Bonang and Somizi have been very coy about it until now.

Bonang revealed on the last episode of “Being Bonang” just how the two met again.

“We had a shoot for Tropika in Cape Town and he (Somizi) was there. Myself and him and a couple of other celebrities were all in one room and we were like ‘we have to talk, we don’t have a choice. What else can we do’,” said Bonang.

The House of BNG owner said that they were very cordial and professional to each other.

However, it was not until later that day though that they really put their beef behind them when they were booked on the same flight back to Johannesburg.

“We met again at the airport lounge. There is only one lounge at the airport, you know? We didn’t have a choice, we had to converse yet again.”

“I was very honest with him, I told him exactly where I am at. I said a couple of things that were on my mind, things I was very unhappy with that he said about me both publicly and privately and that was it,” she said.

Kwesta’s message to wife and daughter