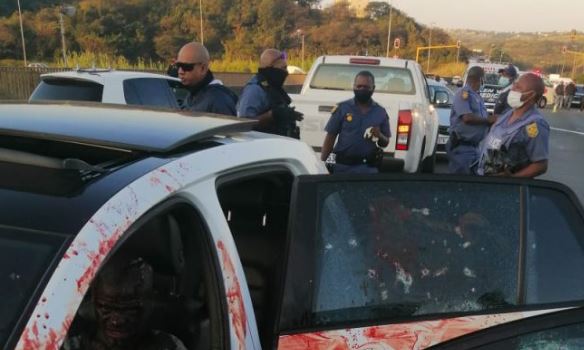 Durban – two men were shot dead and another seriously injured in a drive-by shooting in Duffs Road on Monday afternoon.Two ‘Known Criminals’ Killed.

She said a white VW Golf 7 had come under fire while parked at a traffic intersection.

“The driver was shot dead and two occupants in the vehicle were seriously injured. They were seen to and rushed to hospital,” she said.

One of the injured men died on his way to hospital.

Mbele said three firearms were recovered in the Golf. The roadway was closed to traffic while teams investigated further.

Images of the bullet riddled vehicle circulated on social media. A graphic video was also shared, showing the deceased and one of the occupants appearing dazed in the video.