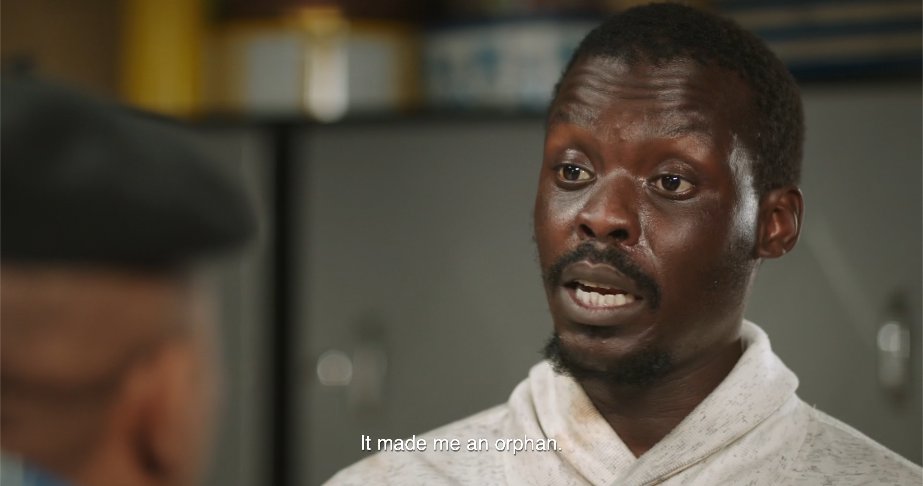 Drama series The River is known for serving drama on a hot plate and bringing storylines that push the actors who portray the characters to new heights.

The award-winning show when it comes to powerful and thought evoking storylines does not play. It even finds itself in trouble with viewers on social media when they are not happy with the experiences that their favourite characters are going through.

Now, The River’s latest storyline brings the spotlight to character Kabelo portrayed by Thapelo Sebogodi, who is showing viewers just how talented he is.

The character Khabzela has always been a favourite with viewers with his catchy lines and funny personality but his latest storyline sees him take on the portrayal of a drug addict following the tragic death of his mother.

We really need to acknowledge Kabelo for his acting skills. This guy knows his story, he is killing the nyaope boy role 🙆🏾#TheRiver1Magic pic.twitter.com/lQK3mfL0A0

Viewers have had to watch the ever so bubbly Khabzela turn into a nyaope junkie after he was not able to get over his mother’s death, which he felt that he caused.

The storyline for many viewers has hit home with many recalling seeing friends or family members go down a dangerous hole that drugs trap them in.

I appreciate #TheRiver1Magic for hitting hard on Makabaza's storyline. To show us how pain can change everything and most importantly how friends and family can offer support. There's nothing more painful than seeing someone you love suffer and feel helpless in every way. pic.twitter.com/J0ymb2D8Tl

Khabzela has viewers in complete awe over his transformation into the drug addict, they already knew he was a good performer now they are speechless with some even wanting to take a break from watching the show until things change.

It’s no surprise that actor Thapelo is an amazing actor, after all, it does run in his blood, his father is legendary actor Seputla Sebogodi who has won two SAFTAs and is best known for his role as Kenneth Mashaba on Generations.

Not so long-ago viewers were in a meltdown when character Ntsizwa portrayed by Meshak Mavuso died after suffering from liver failure and not receiving proper health care from the local clinic, as the dialysis machine was broken.

The character’s passing cut deeply as he had found love with Rakgadi Kedibone portrayed by Tsholo Matshaba and they were true couple goals, who viewers hoped they would come out on top despite circumstances being against them.

The emotional storyline saw many viewers wiping tears and taking to Twitter to praise the actors for their stellar performances.

Meshak and Tsholo are not the only actors that have been praised by viewers, actress Linda Mtoba who returned to her role as Nomonde earlier this year for a short stint had viewers in awe after she perfectly executed a scene which saw rats walking all over her.

After Nomonde being beaten to a pulp – she was left lying in an abandoned shack with rats roaming around. The show’s viewers are impressed with the actress’ courage to be filmed next to moving rats.

Advertisement
Related Topics:The River
Up Next

Fans left in shook by how Tumi lies and cheats like a pro! #TheRiver