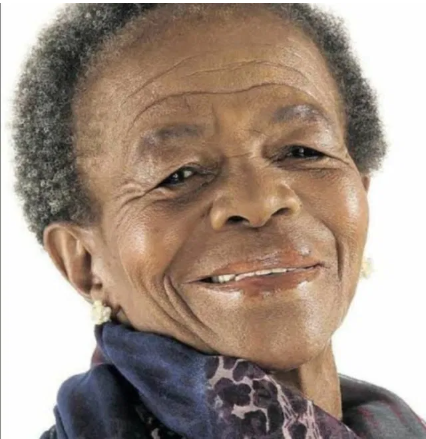 She uses her storytelling to raise awareness of women’s health issues. The entire nation loves Mary because of her incredible humor and humility on screen and in real life. She has received awards for her excellent contribution to the performing arts.

One of the most popular South African veteran actresses is Mary Twala. She has had a long-lasting acting career, in theatre, television, and film. She won Best Comedy Performer award for her performances in Molo Fish and Hlala Kwabafileyo. Mhlongo is a SAFTA winning actress and was honoured with the National Order of Ikhamanga in silver, which is one of South Africa’s highest honors.

The presidency cited that the award was for her contribution to performing arts and for creatively raising awareness on women’s health issues. Mary, who is choreographer Somizi’s mother, has appeared in international films like Sarafina and Mapantsula and local TV shows like Generations and The Imposter. Even after she was left alone after the death of her husband, Twala kept going, and with 60 years in the entertainment business, she says she has no reason to retire.

She was featured in Ubizo (The Calling), the 2007 SABC1 supernatural miniseries. From March to April 2009, the veteran actress appeared in Hopeville, the SABC2 miniseries as MaDolly.

As a result, she was nominated for the 6th Africa Movie Academy Awards for the award of Best Supporting Actress. The talented actress has appeared in various popular local programs. She was in the first Generations season as a guest-cast member and was also featured in The Imposter.

Advertisement
Related Topics:Mary Twala
Up Next