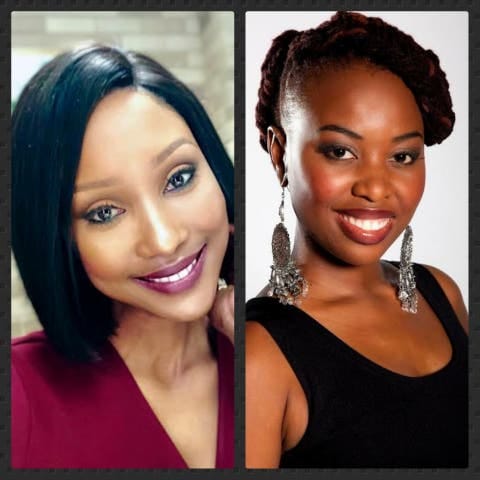 What a jaw-dropping episode!

Last night’s episode proved to me that Zitha (Zoey Mthiyane) and Fikile (Refilwe Madumo) belong to the streets. Zitha more than Fikile because she willingly had s_x with two different men in one night. I have always defended and turned a blind eye to Zitha’s trash when she was with Jack because Jack ill-treated her. And let’s thank COVID for making Generations clean again. Yes, if it wasn’t for COVID Mfundi’s people would have gladly thrown all that BDSM (Bondage, Discipline, Dominance, and Submission) at us. I’m sure the actors are also relieved that they don’t have to be half-n_ked anymore.

So the first man Zitha slept with is one of her ex-boyfriends (Jack’s) security guard. She’s always been one up on Jack because of this guy. I thought that now that she and Jack broke up, she would’ve cut ties with him and wouldn’t put herself through all the nastiness but she’s still playing games with Jack, using the guard to watch him and rewarding him with s_x.

She slept with Gadaffi as a reward for acting like her boyfriend and pissing-off Jack. I wouldn’t be side-eyeing Zitha for having s_x with Gadaffi if she slept with on a different night because the two are single. I always thought that Gadaffi would be a better match for Zitha because he’s not as ruthless with his women as Jack. Zitha is a better courtesan than Fikile because she owns up to her trash and doesn’t play the victim.

Fikile is always sleeping with the wrong men and not owning up to her disasters. She even laughably concluded that she was “cursed” last night which was awful to watch. I never judged her for dating Gadaffi while he was grieving because she was looking for love. I judged her harshly for sleeping with Gadaffi’s son; Mpho as payback and I have no ounce of sympathy for her, for sleeping with a married man; Mazwi Moroka. She deserves what’s coming to her!

Advertisement
Related Topics:Generations
Up Next

The Queen: Brutus Confesses His Love For Norma