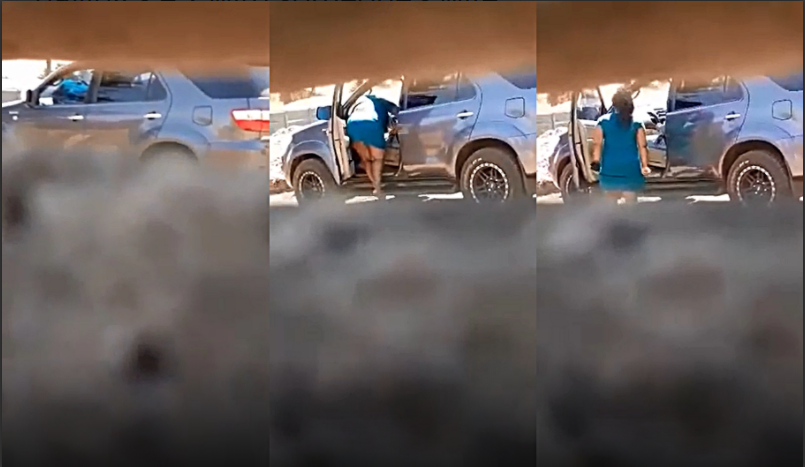 A Witbank based s_x predator ran out of luck as his shenanigans have been exposed after he was filmed having s_x with someone’s wife inside his car.

The woman in the video is reportedly cheating because his husband works outside Witbank and is always away.

“She’s cheating because he’s husband doesn’t have a enough time,” said an informant who sent the video to Mzansi Leaks News.

Reports indicate the man has been involved in a number of love triangles in Reyno Rigde. He is seen with many women in the area.

Watch the videos below:

PICS: Uzalo Nonka And Njeza Go Out On A Lunch Date In Real Life