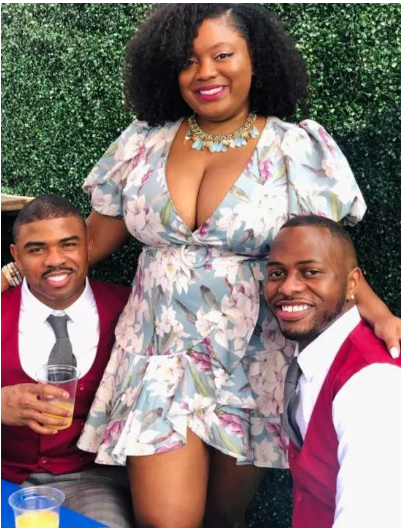 We are living in a world where one other purpose to fulfil is to wed a spouse we wish to spend the rest of our lives with.

Sometimes one spouse might not be enough, so a man decides to have a second or third or so, we call that polygamy.

And sometimes one husband might happen to be not enough for a woman too, that is when she might decide to have a second or third or so, that is called polyandry.

A woman has been trending as of late on Twitter for non other than marrying the loves of her hearts, two men in that scenario.

Well love is love and there is nothing that can be done nor said when the heart decides, its either you confront or reject your feelings.

Another woman who married two men is Kenya Stevens, ‘all living under the same roof and have children together’.

What do you think about polyandry? Should it be treated like polygamy? Or people should just mind their own businesses?

Lockdown To End On Thursdays: List Of Things To Change