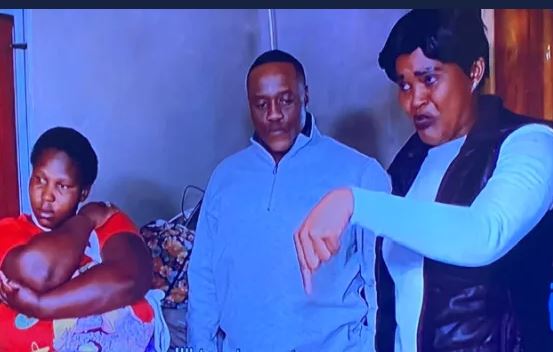 Uyajola 99 fans were left deeply offended by Thapelo, one of the participants in Sunday night’s episode, after he labelled all women who drink and smoke as non-marriage material.

Not only did one of the men accused of cheating leave Uyajola 99 viewers disgusted last night, his disregard for both his wife and his side chick left fans of the show ready to label him “president of trashy men”.

Thapelo cheated and when the other woman enlisted Jub Jub and his crew to help confront him about the cheating, he straight up put the woman on blast. Thapelo hurled insults at the woman and even went as far as telling her that she could never be good enough to become someone’s wife because she drinks alcohol and smokes.

Tweeps were not only on both the wife and the side-chick’s side but they also let other men know that they weren’t interested in being “wife material” if it meant they should deny themselves life’s pleasures such as drinking or smoking.

“Imagine not drinking or smoking to be recognized as wife material, give me 0 ma’am,” one fan said.

“Then you get cheated on with a girl that drinks and smokes … Hawu,” another replied.

Check out their reactions below:

#Uyajola99Sundays so guys like bo thapelo will make u think it's cool to drink and smoke together while deep down they know you aren't a wife material…. THAPELO Is horrible! pic.twitter.com/84bvjU3h7e

Imagine not drinking so you can be wife material to such a shitty person.

The so called "wife" this entire time she was shocked about being married to thapelo while its a lie #Uyajola99Sundays pic.twitter.com/jEAwEdu9DJ

Thapelo dated her knowing very well she drinks and smokes, all of a sudden that is disgusting for him? #Uyajola99Sundays pic.twitter.com/oX7wM2BpsJ