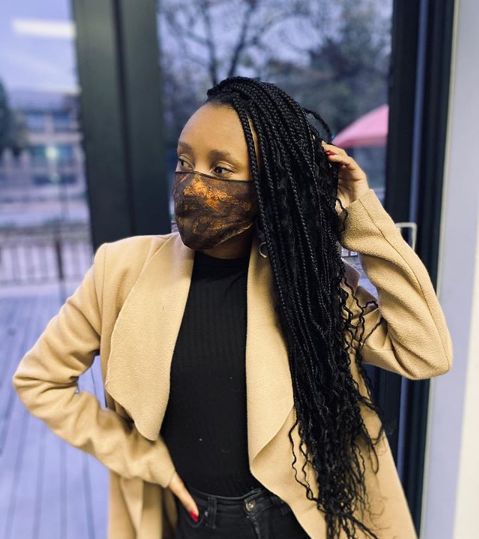 Anathi Seyisi, a YFM radio presenter has revealed that she was r_ped by a well-known artist four years ago when she was 22-years-old.

She stated that her alleged r_pist is a well-known artist and is being protected by his record label.

Anathi Seyisi says that she was a presenter on Craze TV and a stand in presenter for Sisterhood where the r_pist was a guest and started to make moves on her.

Anathi withheld her r_pist’s name, as she is not yet ready to speak about it but she felt betrayed by being r_ped by someone she trusted.

My job was to be a Craze world live presenter! That week I was a Sisterhood stand in. He was a guest! He was at least over 29. I was 22. He DM’d me on IG. I was a groupie. Thought he’s cute. Interviewed him. I WAS 22!

I didn’t know any better. Anyway…

Anathi Seyisi revealed how she was deliberately intoxicated with champagne and lured to a friend’s place, where the incident happened.

He used that… called me. Invited me out and about! I was 22! He was over 30! He KNEW better. He fed me so much champagne. We got to a place. I think, his friends place.
The friend can contest.. I SCREAMED… SO LOUD! I knew what s_x was! That was horrible! I cried. I SCREAMED. I BEGGED to stop! He didn’t stop! He said “ngizok’bhebha”

He continued! At some point I was very numb! Wa’bhebha! The worst experience of my life! I CRIED! In the morning. I asked again. Please stop! Please can I go home! He continued.

He took me home!. I got home. I tried to forget! I’m 26! I still don’t know WTF happened. This is the first time. I speak of it! Only 2 friends know of that night!

Anathi Seyisi confirmed that after opening up on Twitter, she was contacted by many record labels trying to verify if it was their artist.

“I was contacted by not just one record label. What upset me the most was that they called to query whether it was their artist, making me feel like I was under scrutiny.

Since opening up about this incident Anathi has received overwhelming support from all walks of life. We hope Anathi gets her justice.

Keeping his name must be more heavier, you need to speak it out. Remove that load on your shoulders. Even if you don't wanna do it for you just do for other ladies out there. Protect your sisters

My boss at Y and my team told me to not say anything! But also how do you not say anything when you are called a LIAR! Told you’re a MESS! And you LYING! This record label hates women! And one of these days I’m gonna fucken tag them 💀😩