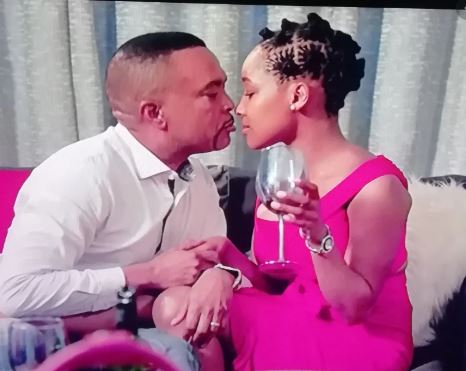 Actress Mamarumo Marokane Is one talented actress that has been on everyone’s lips lately because of her character, Kaone on Skeem Sam. Mamarumo plays a young slay Queen and Marothi’s Side Chick, who happens to be his main girlfriend since Rachel is not around.

Although it is still quite early to judge her acting skills on Skeem Saam, there’s no denying that she is absolutely beautiful. The actress also plays Dineo on MTV Shuga as a young lady doing all she can to take care of her mom and siblings.

First things first, Mamarumo or rather Kaone is 23-Years old and was born in the year 1997.

Secondly, sis is not just a pretty face but she’s a woman who has all the characteristics of beauty plus brains. Mamarumo studied at City Varsity School of Media and Creative Arts. She graduated with a diploma in Acting for Camera and Live Performance.

Thirdly the young actress made an appearance in Netflix’s Shadow. She’s also starred in MTV Base Shuga: Alone Together and off course Skeem Saam. Grit which aired on BET. Sis is quite busy mos!

Mamarumo aka Koane was dubbed by Cosmopolitan as one of the stars to look out for on their February issue this year alongside Kuhle Adams, Ama Qamata, Shonisani Masutha and with Pearl Thusi as the main star.

Last but not least, Believe it or not, Mamarumo is a tomboy. Don’t be fooled by her character as a slay queen on Skeem Saam. She’s more like her character Dineo on MTV Base Shuga: Alone Together. The rising-star is also very stylish.

VIDEO: Sbahle Mpisane twerking as she bids farewell to her Birthday month