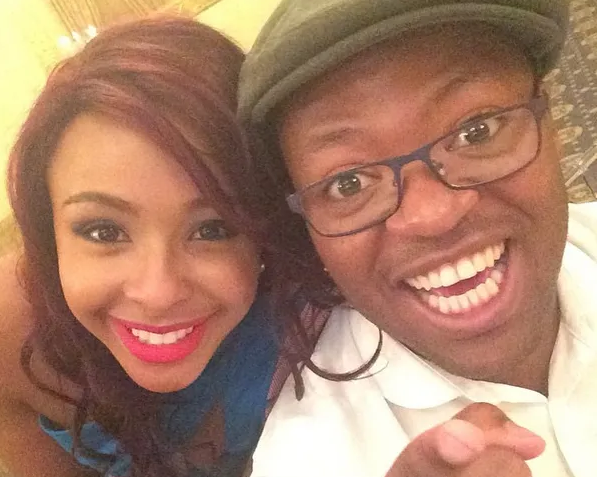 Khaya Dlanga has started somewhat of a movement after sharing a touching encounter with an Uber driver. The driver had been gifted a full tank of fuel by the South African executive who had decided to spread some kindness. The incident caught Boity’s attention who says she hadn’t realized the struggle facing those who transport the nation.

Things weren’t business as usual for Khaya Dlanga when he caught an Uber from the airport the other day.

In a social post, Dlanga shared an encounter with his driver, revealing that he had offered to pay for a tank of fuel not knowing it would ignite such a warm response from Mzansi.

The driver had become emotional at the gesture, revealing that he had only recently begun working and was battling to keep up with the high costs involved.

My Uber driver who picked me up from the Airport in Durban stopped at the garage to fill up. He poured R80 worth of gas. Just before he started his car, I told him I wanted to fill his tank for him.
Him: How much?
Me: However much it costs.
Him: Are you sure?
Me: Yes. pic.twitter.com/bDRLeGUebM

Explaining that he had only pocketed R200 for a weeks work, the driver had been desperate for help, Dlanga said:

“Last week, he made R3200. Meaning his wages for the whole week were R200. Which means he made just over R27 a day last week. Now I was broken. Made me realize how much many of these Uber drivers are struggling and we don’t know the half of it.”

The exec had sent the man an undisclosed amount of money after hearing the hardships he had endured:

“Then he tells me that he was about to ask me if I could pay cash instead of by card because he absolutely had no money. At some point, he parked his car and started asking people for money because he didn’t have enough gas. He had no luck, no one had money to give him.”

Can you DM me his number to ewallet him some cash to help?

I've just been watching Uber drivers being blocked, chased and beaten by meter taxis at Eastgate at Entrance 2 which is dedicated to Uber drivers. Meter taxis have entrances 4, 5 and 6 but it's not enough for them. 😈 Two female passengers chased out of their Uber. 😠

I needed to see this. I got bumped by an Uber driver & he offered to pay for the damages. He’s been unable to pay & keeps promising that once he’s on feet he will reimburse me. It would have been easy for him to block me but he doesn’t. I’m writing it off.

Boity had caught wind of the incident, thanking Dlanga for bringing it to her attention:

“Thank you for posting this. I didn’t know/understand their struggle. I will do better moving forward.”

People applauded the selfless act when so many take those they encounter daily for granted.