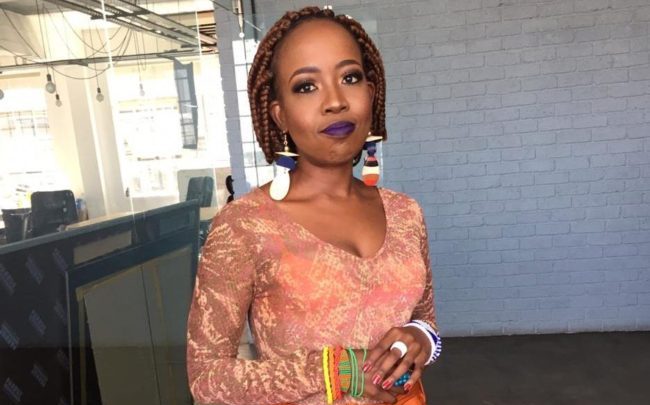 Outspoken feminist and media personality, Ntsiki Mazwai is at it again, this time she has launched a tirade against women ‘who lack self-confidence in their hair’ causing them to wear weaves.

The motormouth artist who seems to have developed a penchant for slamming anyone whenever the bug hits her, ripped into black women in her recent tweet before causing mayhem on the microblogging site as women lashed out at her.

“Why are black women finding it so hard to admit that they lack confidence in their own hair…..And wigs make them feel prettier,” she quizzed.

Why are black women finding it so hard to admit that they lack confidence in their own hair…. And wigs make them feel prettier?

Ntsiki has always been known as a straight talker on so many contentious subjects. This time she found herself topping Twitter trends when she stepped on the toes of all South African women by starting a delicate natural hair versus weaves debate.

Ironically, the tweet, without doubt, brought outrage from women who felt ridiculed for having such preferences. Just last week, the whole of Mzansi was up on heels against Clicks pharmaceutical stores over a controversial advert that depicted black women’s natural hair as ugly.

A campaign was started as women protested through a #ClicksChallenge showing pictures of their natural hair.

Ntsiki did not pay heed to the intense timbre she had brought about, as she did not hold back her words about women’s lack of confidence in their natural hair.

After receiving backlash she later clarified her stance, saying that it was merely a post to stir up conversation on “her office”, Twitter.

“I’m not on social media to post pics and brag… I’m here to stir dialogue. My twitter account has ALWAYS been about spiritual WORK. Always. Twitter is my office where I use words to stir debate and dialogue in my community,” she exclaimed.

Advertisement
Related Topics:Ntsiki Mazwai
Up Next

Worry About Your Own Kids: Furious Zodwa Wabantu Slams Critics Of Her Parenting Style