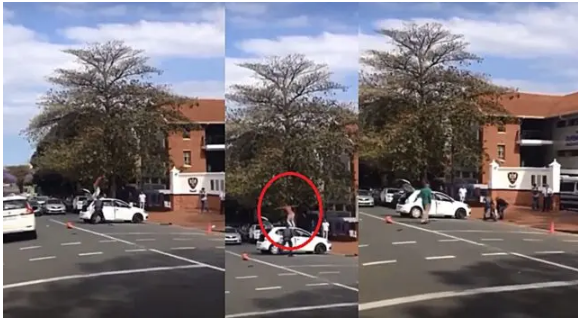 Speculation around the video suggests a cheating scandal gone wrong. Though not much detail was shared on the happenings before the video recording which is trending on twitter.

The husband, wearing grey trank suit and nothing on his upper body is visibly enraged by whatever nomcebo did to him.

Why is everyone assuming it's related to umholo? What if he's just found out Nomcebo has passed away. Some people react in strange ways to death.

Some sensible Tweeps however suggested that it might not have been a cheating scandal gone wrong and maybe Nomcebo passed away and bae was mourning.

I understand your point but a normal man with beard and scrotum would not act in that manner in a situation where a person by the name of Nomcebo passed away. We had a similar practical scenario at #menconference

Advertisement
Related Topics:Nomcebo Zikode
Up Next

s this right?” See the photo a lady took with her son that got people talking on social media

Reasons Why Wall Geckos Keep Coming to Your House, and How You Can Stop Them from Coming